Faith Travels: Reflections On My Journey Faith Travels: Reflections On My Journey

Over the last six months, I’ve seen 24 countries, packed and unpacked my bag over 70 times, and come in contact with people and places that have left me speechless, humbled, and inspired. And now I’m home.

Throughout my trip, I feared that my re-entry into “normal” American life would be like my return from Tanzania five years ago: the sleepless nights, the guilt, the nagging feeling that I wasn’t the free/hippie/radical woman I wanted to be.

But this time, my return is different, almost peaceful. This time, I don’t feel as though I’ve been shaken to the core. Instead, I feel like my life has been affirmed in a way that it could not have been had I never left.

In the back of my mind, I have always wondered if I had chosen the right path. Would my life have been better if I’d spent that semester in Italy? Should I have joined the Peace Corps instead of going to graduate school? Could I have been more suited for public heath than human rights? 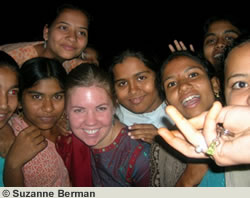 For 24 weeks, I lived the life of a child’s cut-out doll. I dressed up my version of Suzanne in the images that might have been: the carefree 20-something backpacking across Europe; the dirty traveler in unwashed jeans in Central America; the Peace Corps worker in an Indian sari; and even the bikini-clad vacationer on a Sydney beach.

And while the change was fun for awhile, I realized that deep down, Suzanne belonged in the outfit she came with…jeans, a t shirt and her signature Reef flip flops.

It turns out, I like Suz just the way she is. Sure, she’s clumsy, and she spills food on herself nearly every time she eats, but she is also dedicated to the fight for human rights. She loves dancing in a Tel Aviv nightclub as much as she loves meeting with the Mothers of the Disappeared. She really does want to adopt African children, and her greatest passion is sharing the stories of ordinary heroes with the rest of the world. 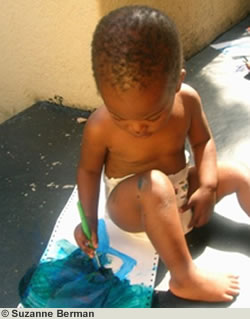 There seems to be a special peace that comes with living your dreams. I know that I love my job, and I love that the first 25 years of my life led up to an amazing journey grounded by friends from all walks of life in all parts of the world. I know that no matter what happens in the future, I’ve done something amazing, something that I had once thought impossible and ridiculous.

Bono says, “the more you see, the less you know,” and he has a point. I have never felt so ignorant of global history/politics/conflicts as I did over the last six months. With two degrees hanging on my wall, I still have virtually no concept of the tyrannical regimes of South America, the Bosnian genocide, the Palestine question, Apartheid, Indian independence, nuclear warfare or global warming.

But at the very least, when I see a protest in Ramallah on the BBC, I remember my own panic when we saw gunshots being fired from the infamous square. As I read “Balkan Ghosts,” I remember the shock of seeing a cemetery where the tombstones all read the same year. When the nightly news discusses nuclear testing in North Korea, I see the shadowy silhouette of the Hiroshima Peace Memorial Dome. 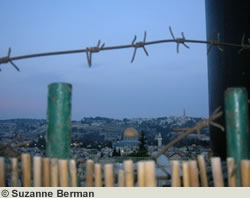 In six months, I have learned seven key truths about life: